The Bible was originally written in Hebrew, Aramaic, and Greek.  English-speaking translators have come up with four basic methods of translating the Bible into English, and a wide variety of English Bibles exist today for us to choose from.

However, at God's Church in Christ Jesus, we believe that every word of God is both tested and pure (Proverbs 30:5).  We think it is best to stick as closely as possible with the Word of God as it was originally written.  Therefore, we strongly recommend that every believer chooses and uses an essentially literal or word-for-word translation written in up-to-date language.

2. Dynamic Equivalence / Thought-For-Thought
These attempt to say the ideas of the original text of the Bible in the way that a modern English speaker would say them.  However, quite a bit is up to the translator's interpretation, so we do not recommend these types of Bibles.

3. Mixed
These are a combination of #1 and #2.  Sometimes they translate exactly, but at other times they try to find more modern ways of saying things in English.  Since they are not consistent, we do not recommend them.

4. Paraphrase
These attempt to express the basic ideas of the Bible, instead of translating the exact words.  These Bibles tend to differ greatly from the original text, so we don't recommend them.

For more information, check out the book Why Is My Choice of a Bible Translation So Important? by Wayne Grudem with Jerry Thacker, from which much of the information on this page was taken. 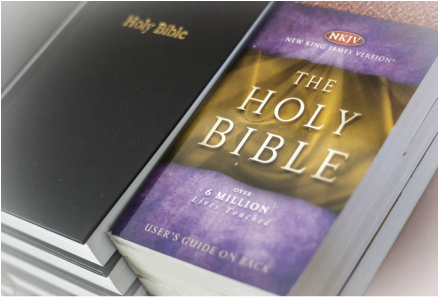